"This site contains affiliate links to products. We may receive a commission for purchases made through these links."

Generac IQ2000 vs Honda EU2000i which portable inverter generator is best and why?

Lets take a quick look at each generator and see what kind of specifications and features they have before we choose one below.​

The Generac IQ2000 is a portable inverter generator that has a maximum load capacity of 2000 Watts. Under continuous usage it will produce 1600 Watt.

It is powered by a 79 cc 4-strike engine. That engine will a run time of 5.7 hours at half load and 7.7 hours whilst running at one quarter load.

It has three separate power modes allowing you to choose the most efficient setting to run it at; economy, standard and a turbo mode. ​

There is a back-lit ​fuel gauge that saves you from opening the tank and peering. The Generac also has a number of extra displays that are quite useful: current burn rate, low fuel indicator, low oil indicator and warnings if the generator is about to either overheat or is becoming overloaded.

​There are two 120 Volt AC outlets, however the omission of a 12 Volt DC outlet is a major negative point with the Generac.

Like a lot of small generators of its size the Generac IQ2000 is parallel ready meaning hooking two of them up together in parallel will give you twice the power. You must purchase a parallel kit separately however.​

The EU2000i from Honda is a portable inverter generator that is powered by a 98 cc motor. That motor can deliver 2000 Watts of power maximum or 16000 Watts during continuous usage.

Fuel capacity is 4.1 liters giving a run time of four hours at full load and up to ten hours at one quarter load.​ Un-fueled it weighs roughly 45 pounds.

Just like the Generac the Honda is parallel ready and you also would need to purchase the parallel kit separately.

The Honda has two 120 Volt AC outlets and unlike the Generac it also includes a 12 Volt DC outlet.​

The Honda has been around for quite some time and has proven itself a very reliable machine.​

The Honda is by far the better generator over the Generac. For a start the Generac does not have a 12 Volt DC outlet. For generators of this size that get a lot of use in the outdoors and on RV's then it really is some thing that should come as standard.​

The Honda has also been around for quite sometime and in that time it has gained a reputation for high reliabilty some thing that is paramount to have in a generator especially in a storm or other emergency scenario.

Saying that the Generac is close to $200 cheaper than the Honda depending on where you shop for it. So, if you are on a budget and don't need that 12 Volt DC outlet then the Generac is still a pretty good bet.​ 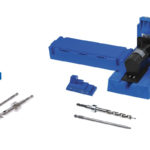