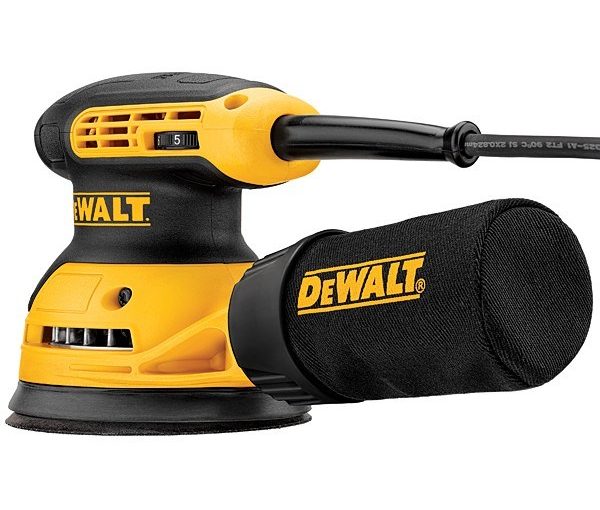 DeWalt DWE6421K vs DWE6423K which random orbital sander should you buy ?

DeWalt have quite a few orbital sander available on the market right now. It can be a little confusing given that the model names are all so similar.​

​If you are in a hurry then our recommendation is to go for the DWE6423K with it's variable speed control and low profile form factor make it a breeze to use.

Lets take a more detailed look at each machine and see what they have to offer.​

It is a single speed orbital sander unlike the DWE6423K which is variable speed. It runs at 12,000 OPM(oscillations per minute)

The DWE6421K accepts the standard 5 inch eight hole sanding pads that are readily available. They use a hook and loop fixing system for less slippage especially after prolonged use.

There is a dust collection bag included and the dust port can also be hooked up to a shop vacuum once the dust bag is removed and you have the correct connector.

​As sanders go it is a very high quality model at a very favorable price point.

The DeWalt DWE6423K is a variable speed random orbital sander.

To help reduce unsightly swirls and marring that can sometimes happen at start up time DeWalt have added it's CFS(Controlled ​Finishing System). This generally happens if you have not let the sander reach peak speed before you apply pressure to it on the surface that is to be sanded.

​Just like the DWE6421K above the DWE6423K has a very easy to hold ergonomic design that helps the operator find the most natural position which can help to reduce fatigue over long usage periods.

To confuse things more there is also the D26453K available and is a pretty similar sander to the DWE6423K you can read about them both here.

To the uninformed the two sanders are near identical but what exactly is the difference ?

​The only real difference is the fact that the DWE6423K is a variable speed orbital sander. The DWE6421K is a fixed speed model. Which means you can only run it at 12,000 OPM.

Why does this matter ?​

Certain types of woods and finishes respond better to a slower speed than a higher one. You can also vary the finish dramatically by the type of sand paper that you are using.

This versatility is a significant bonus over a fixed speed sander.​

​Both are effectively the same machine. They share the same motor and at max speed 12,000 should give an identical finish. The variable speed machine the DWE6423K is the one to go for.